Audacity turns your computer into a multi track recording studio.
By plugging a microphone, headset or instruments into the computer you can record multiple tracks one after the other and then make adjustments to them or add effects. Using the tools available in the program you can edit each individual track by trimming them, moving them, change the pitch, tempo or speed as well as adding echo or adjusting the volume.
This makes it the ideal tool in schools for recording the children performing poems or plays. The children can record their poem a verse at a time and then using the tools they can move the sections around so it sounds like they recorded it all at once.
The same can be done for plays they perform. Each child can record all their lines in turn and then use the tools to split the tracks up and then move them around in to the desired order while adding sound effects in the background.

It is also possible for a child to record a play by themselves. Recording each part individually they can then move the parts around into the desired order and then add effects to their voice to change it. It can make them sound like a pixie or a giant. It can make a girl sound like a man, and a boy sound like a girl. They can sound like a robot or sound like they are standing in a cave.
It can also be used to record children playing instruments. I simple drum beat can be recorded into the program. Each child can then record their part individually listening to the drum beat. Then they can all be combined to create a single track.

The program then allows you save the tracks as a project so that you can return to it later in its multi track format and make changes. Or it can save it as a single track in WAV format (WAVe form audio file) or as an MP3 file using the free extra program that you can add to it. 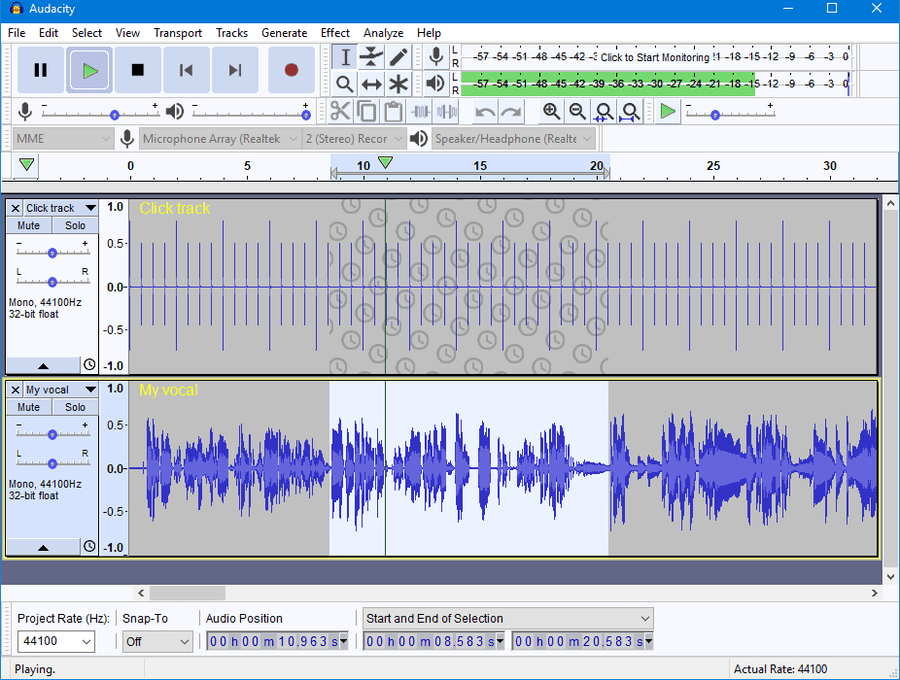 If you have any queries then please do not hesitate to contact Joanna Friar, our Trust Admin Manager, via any of the methods below: